Lady Margaret is one of the biggest, meanest bosses in Oddworld. Apparently in charge of the Magog Cartel, she makes the big decisions and gives orders to the high ranking Glukkons in her service.

The largest and most grotesque of all the known Queens, Lady margaret is permanently suspended by a huge metal arm which moves, giving her far more freedom than Sam and Skillya.

A businesswoman through and through, she uses this advantage to continuously move around her chambers, inspecting all her eggs where they sit in the hive walls. Despite her ability to move around she’s still too big to venture into the outside world, so she often hosts meetings (business and disciplinary) from her room. Summoning those lucky enough to be in her inner circle and unlucky enough to have made a big enough mess (we’re looking at you, Molluck). To reach her, the Glukkons have to take an escalator - they find her at the top, ready and willing to judge, punish and order them around.

Her job is an important one - if the Glukkons want to retain their place high in the current power structure, they need to ensure that there are enough cartel employees to keep things running efficiently. No workers would lead to a loss of the hold they have over society. Incredibly cruel, Lady Margaret, much like Skillya has no room in her heart for love or affection towards her children, the only difference is that with this Queen, it isn’t personal - it’s just business.

Lady Margaret likes to be surrounded by ornate, beautiful artwork and finery to distract from the fact that she’s ugly inside and out. She sits back and watches the birth of each of her children, who are fated to become misled, corrupt and cruel.

Though she’s the current ruler, Lady Margaret isn’t the only Glukkon Queen in the family line, and perhaps she doesn’t have quite as much power as she leads everyone to believe. 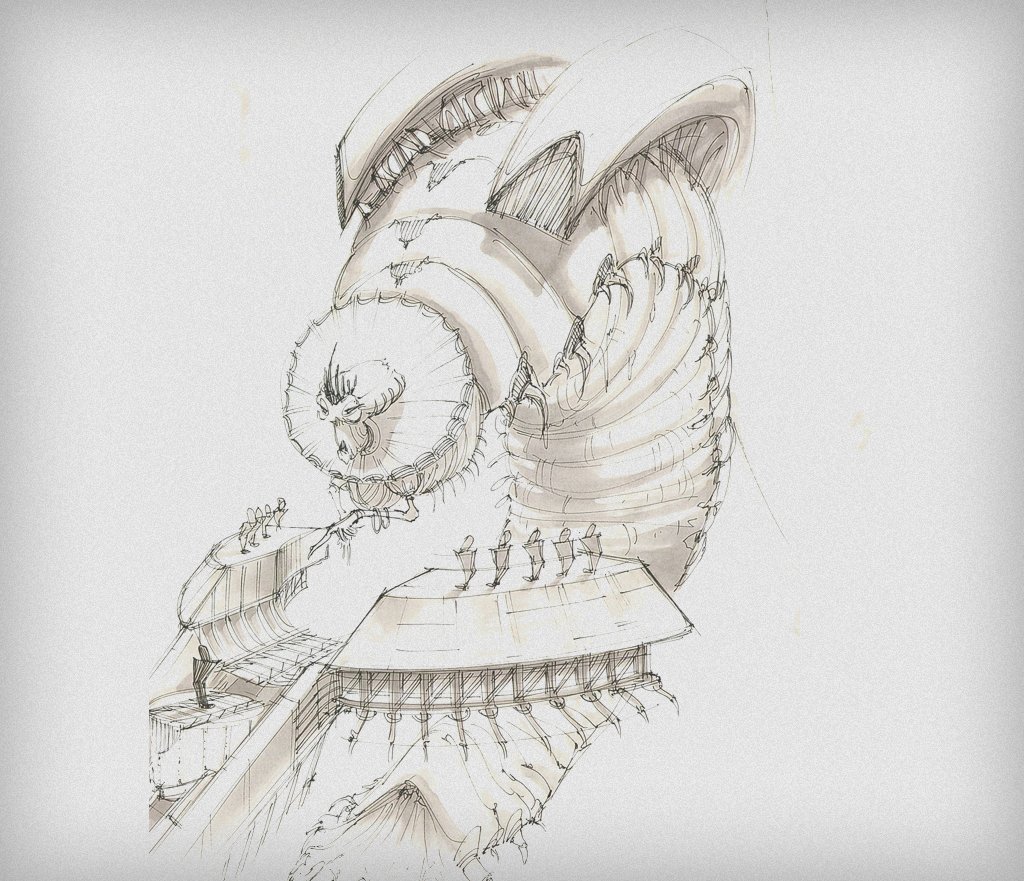 This platform provides the perfect place for Margaret's children to stand while she looms over them and barks orders (or dishes out punishments). 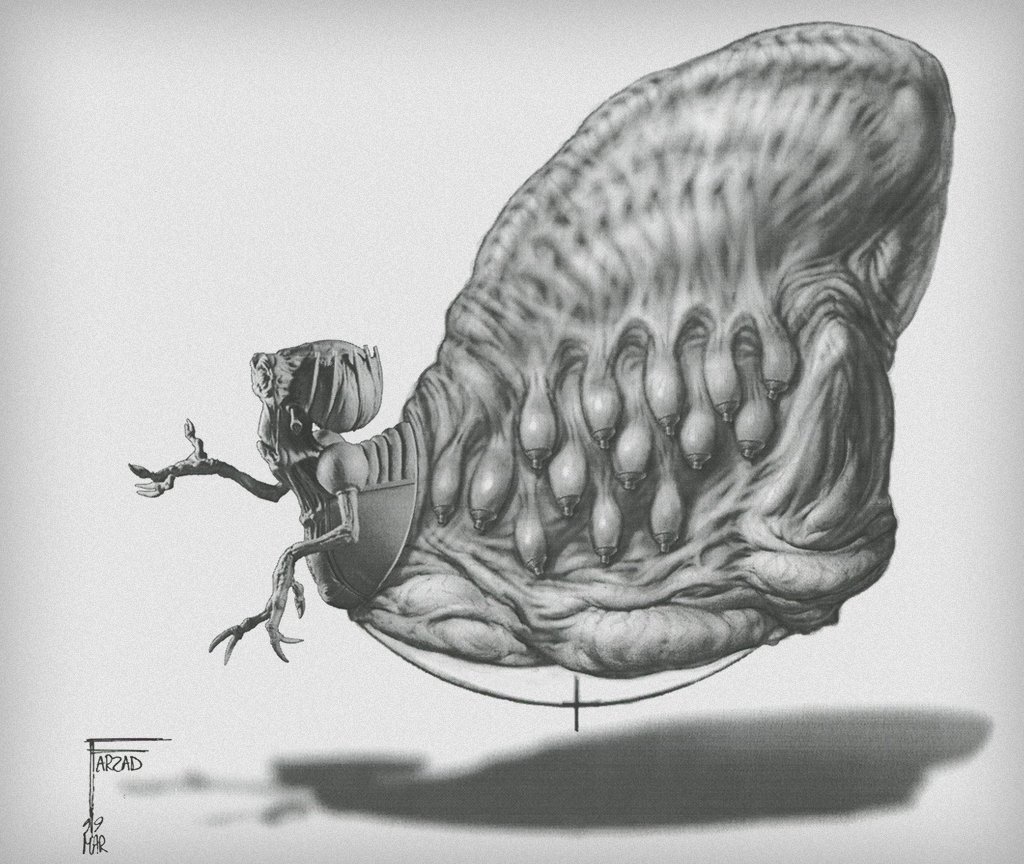 A side view of Lady Margaret. See her in all her terrible glory!