Large and immobile, she could only watch as their way of life changed and their entire existence was threatened.

Vulnerable and helpless, she decided that the best thing to do for her unborn children would be to sign a deal with the devil and hand her eggs over to those destroying their way of life.

Sam was never told the conditions the Mudokons would be living and working in, and she’s kept separate from them in her own special chambers, far away from the filthy factories where her children suffer.

When it became clear that the Mudokons’ traditional way of life was nearing an end, Sam was approached with an offer- sell her eggs to the ‘workforce’ and her children would be safe.

Sam’s life is a sad, luxurious one. Entertained with constant video footage, she spends her days laying eggs and eating the finest foods. Dazed, lonely and ignorant to the problems she cared about in the outside world.

The longer she spends away from her culture the more of it she forgets- and the substances at her disposal ensure that her days are passed in a muddled haze. Forgetting whatever duties she may have had as a Queen, now she constantly lays eggs to sell.

She is a sweet, kind and gentle woman who cares for her children and their wellbeing, but is far removed from the Queen she used to be. Sam was misled, but the lie doesn’t seem a very convincing one and the question remains- is she a desperate mother backed into a corner, or should she have done more for the children she brought into such a problematic world? 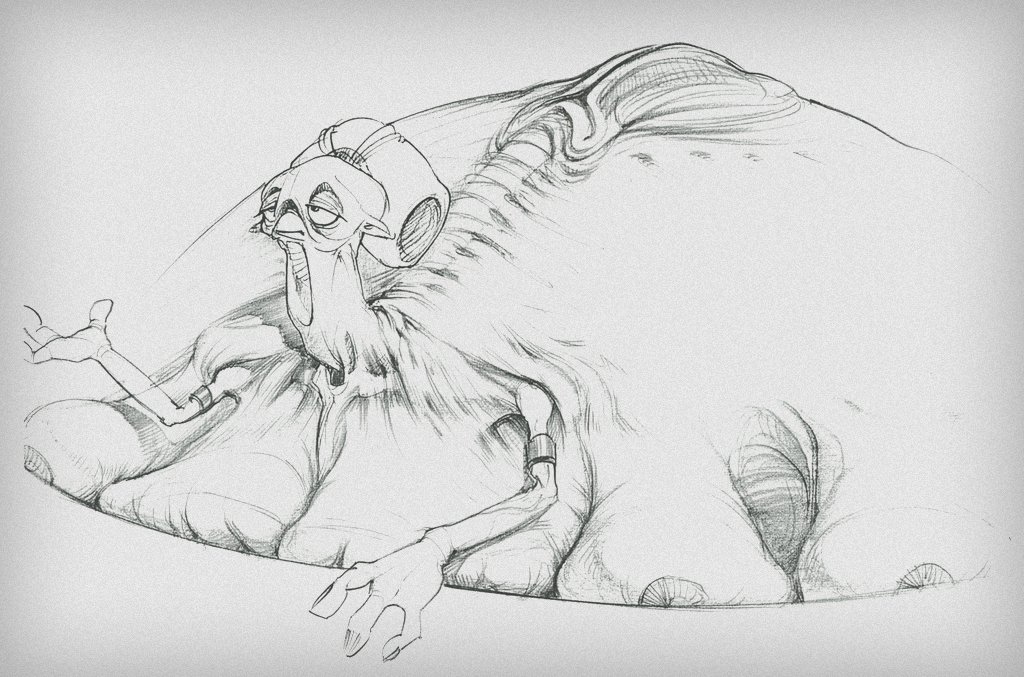 Instead of being a proud Mudokon Queen, Sam has been deceived. 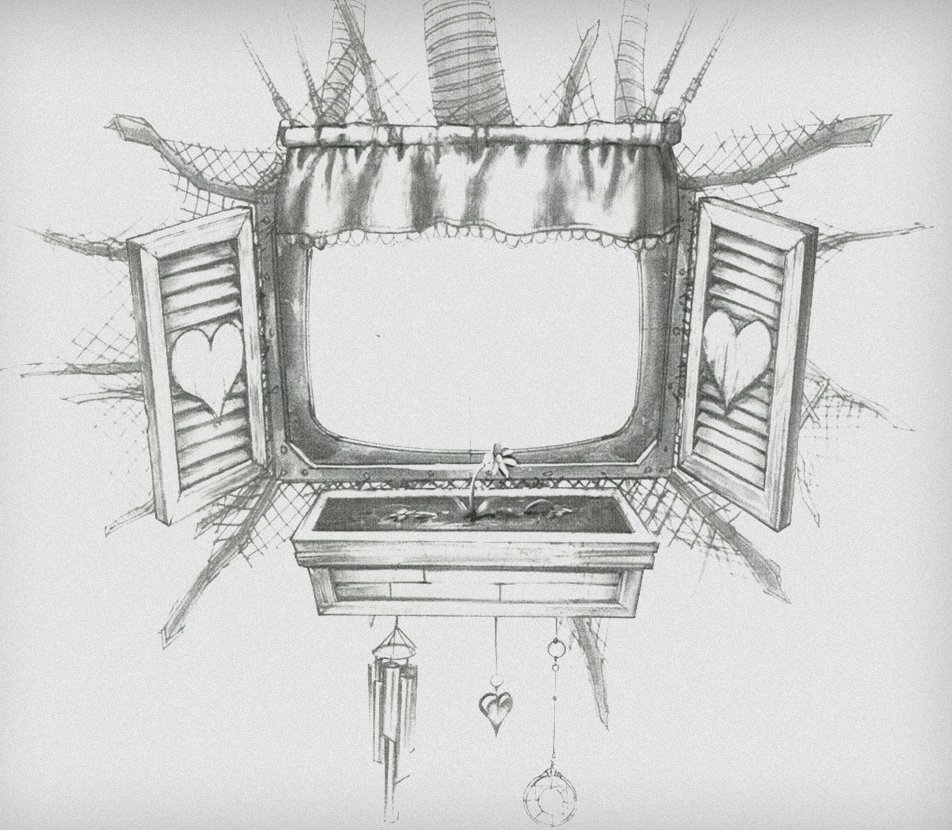 This is her huge 'television' screen. It constantly shows fabricated family memories to make her feel more at ease and less alone. 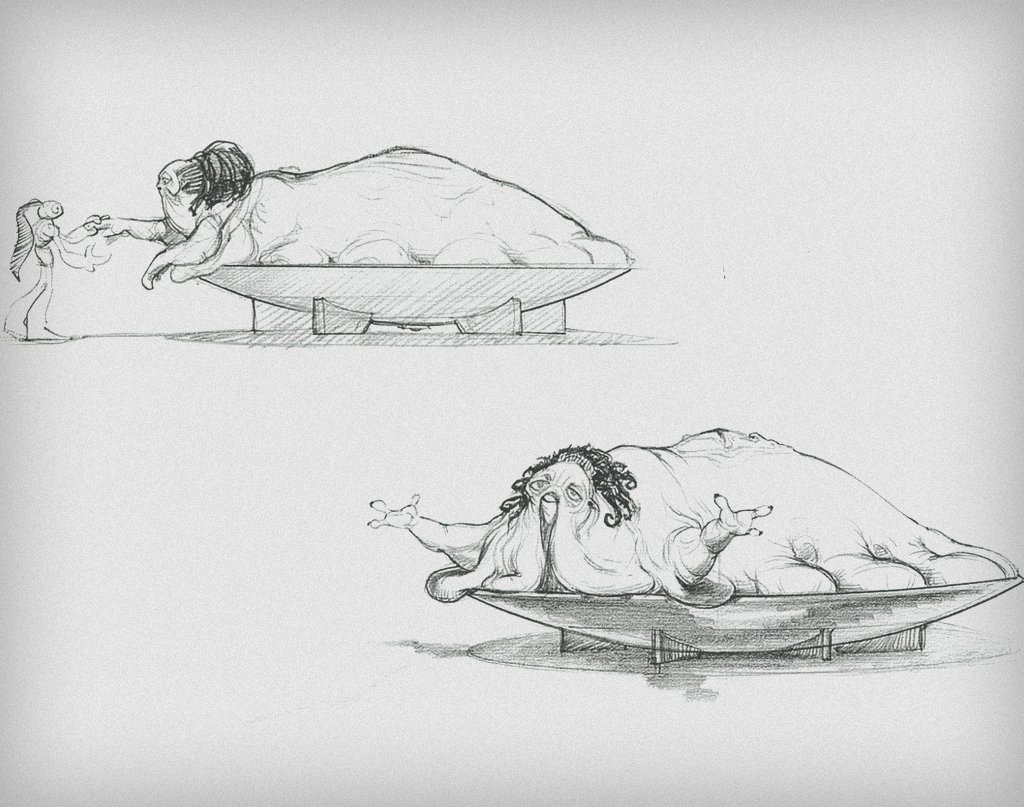 An idea for Sam’s roost. It’s a large, dish-like platform on legs that she rests in. If she needs to be moved the dish can be moved with her using a crane. It's not easy moving a Mudokon Queen! 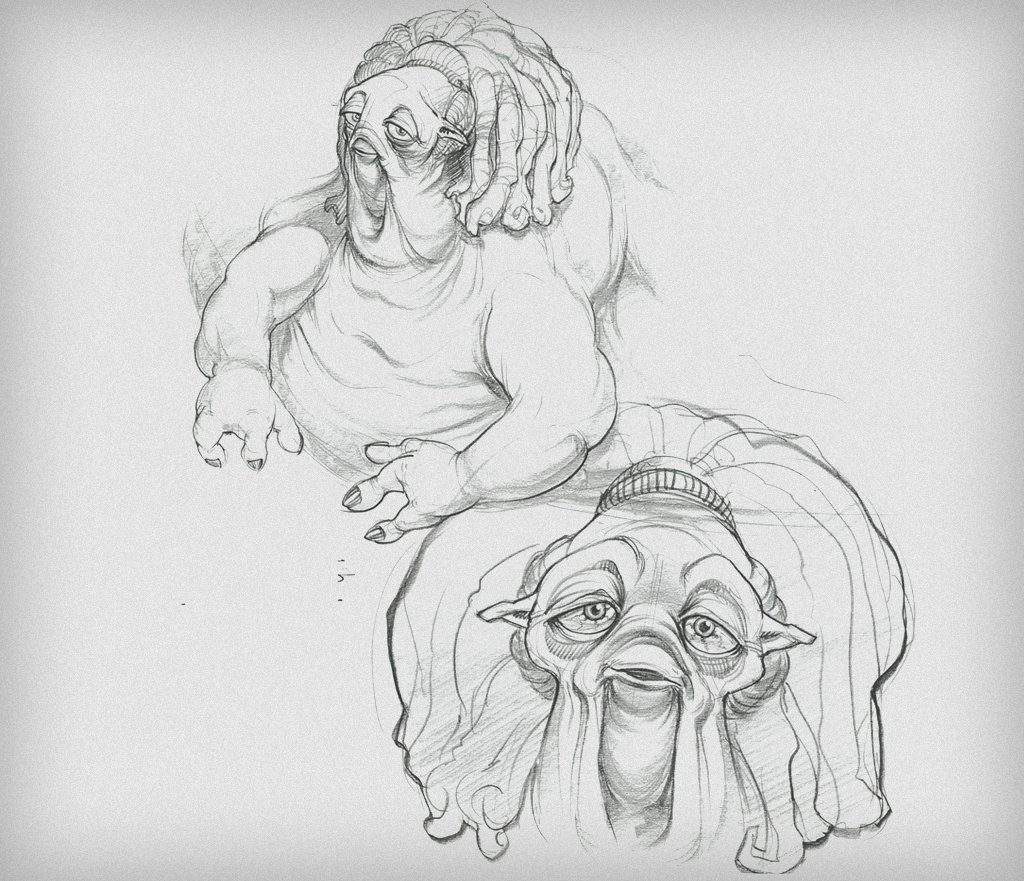 We went through a few variations until we found the Sam that people recognize today- here’s a look at an alternate design for her. She was much heavier and her hair was different. 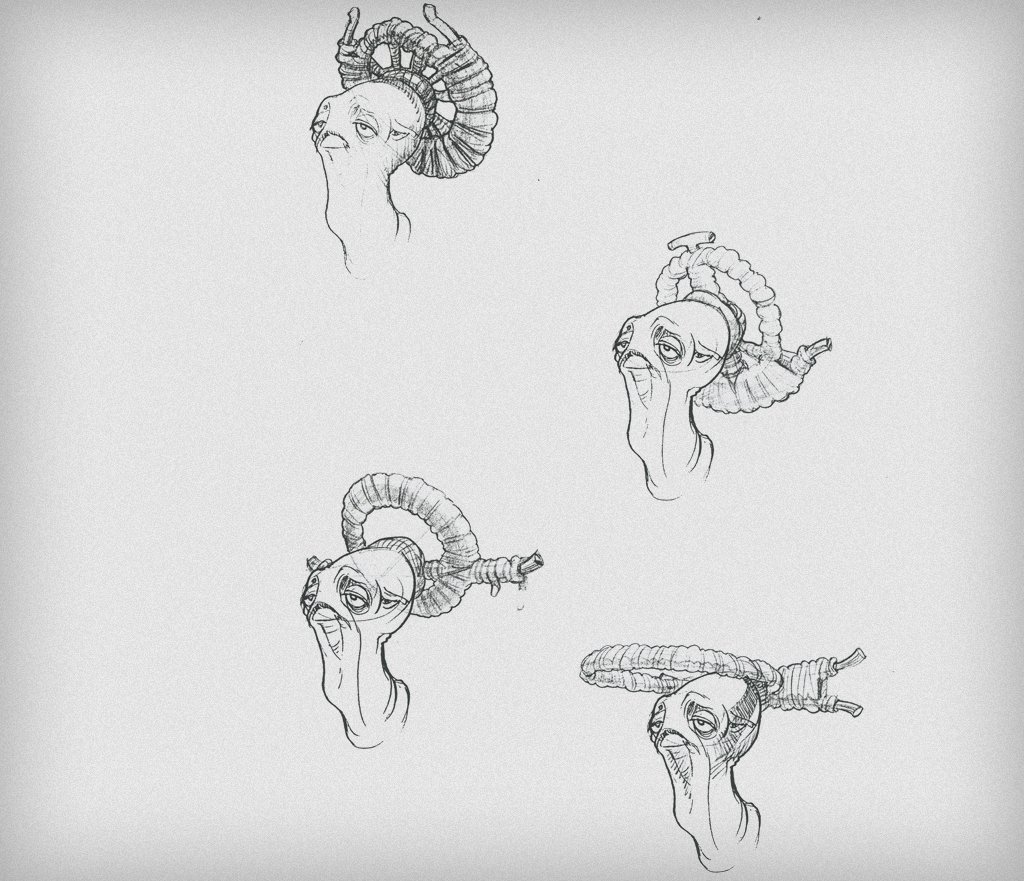 Some designs for Sam’s hair. We toyed with the idea of making it look like a Halo. It suits her kindly face well. 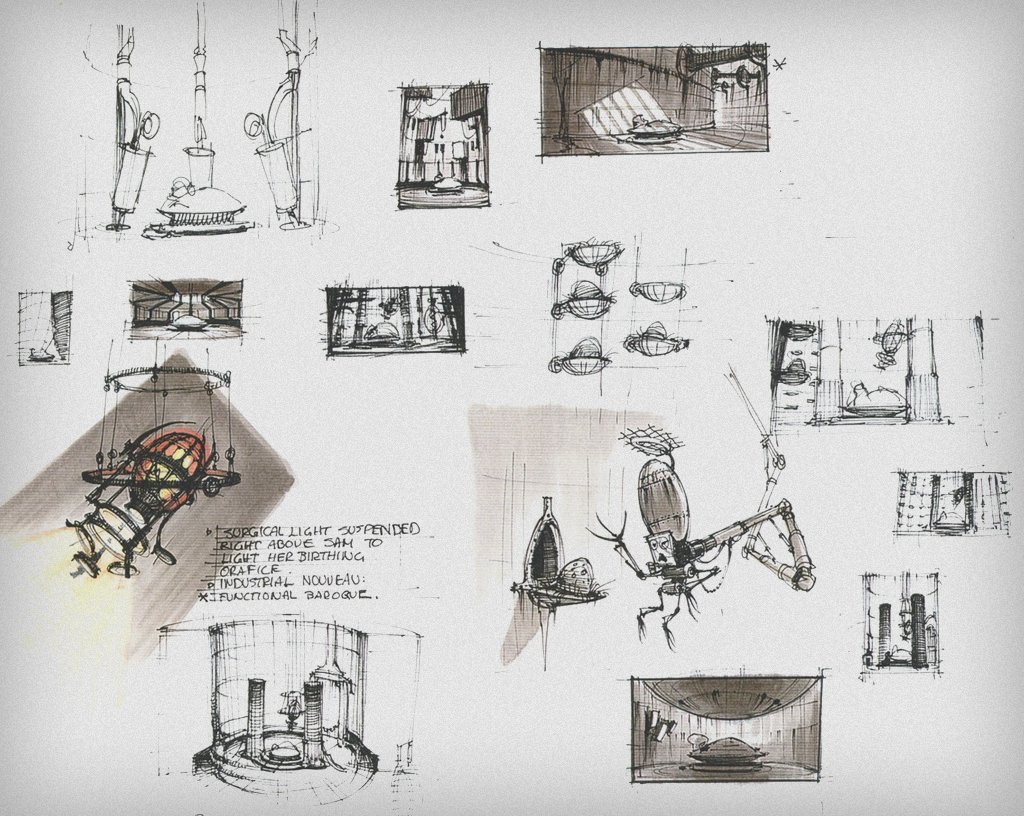 Sam's chambers have gone through many changes. Sometimes they're more lavish, others they're cold and clinical. All reflect the fact that she's a prisoner. In some there are even bars on her windows. 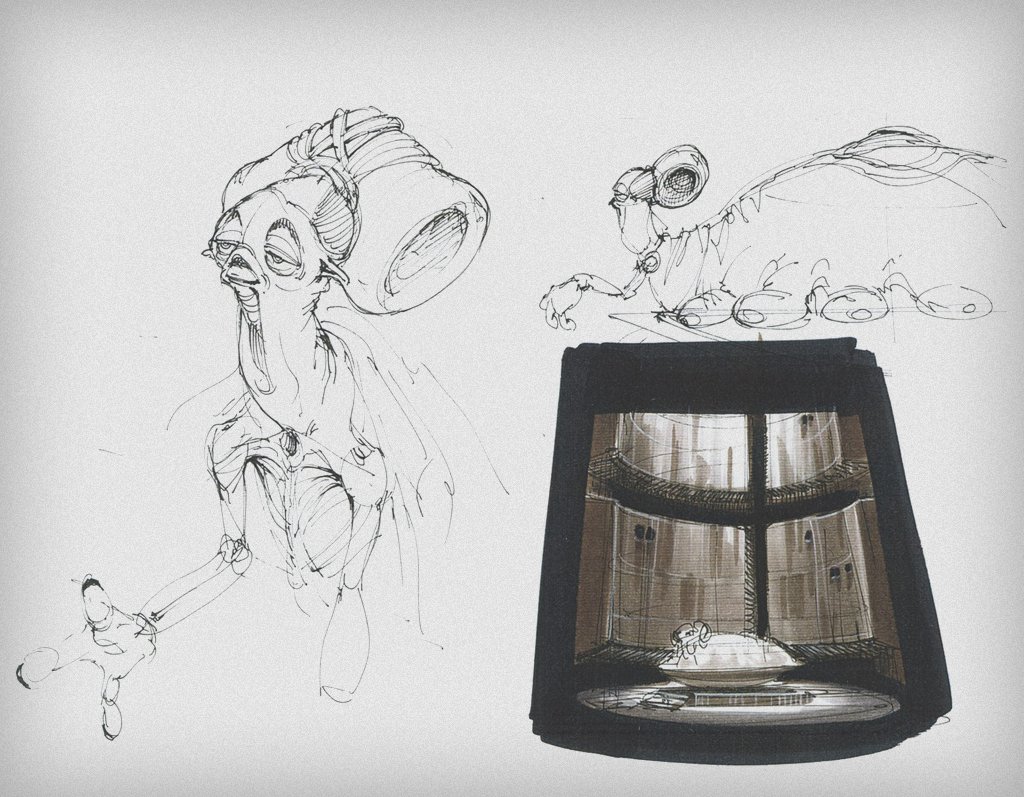 Despite what's happening to her, in every image Sam's face always radiates a warm, gentle kindness. 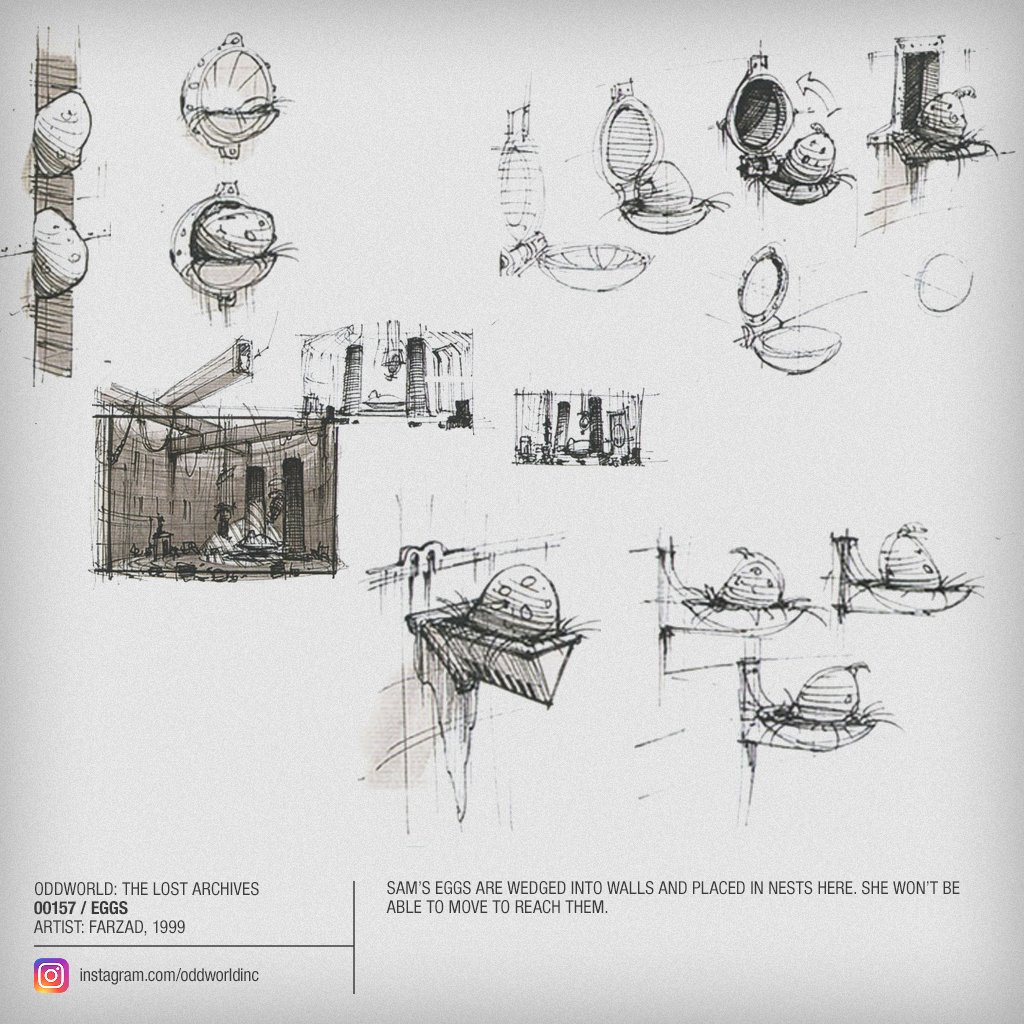 Wedged into walls and placed in nests, Sam’s eggs are too far away for her to touch them. 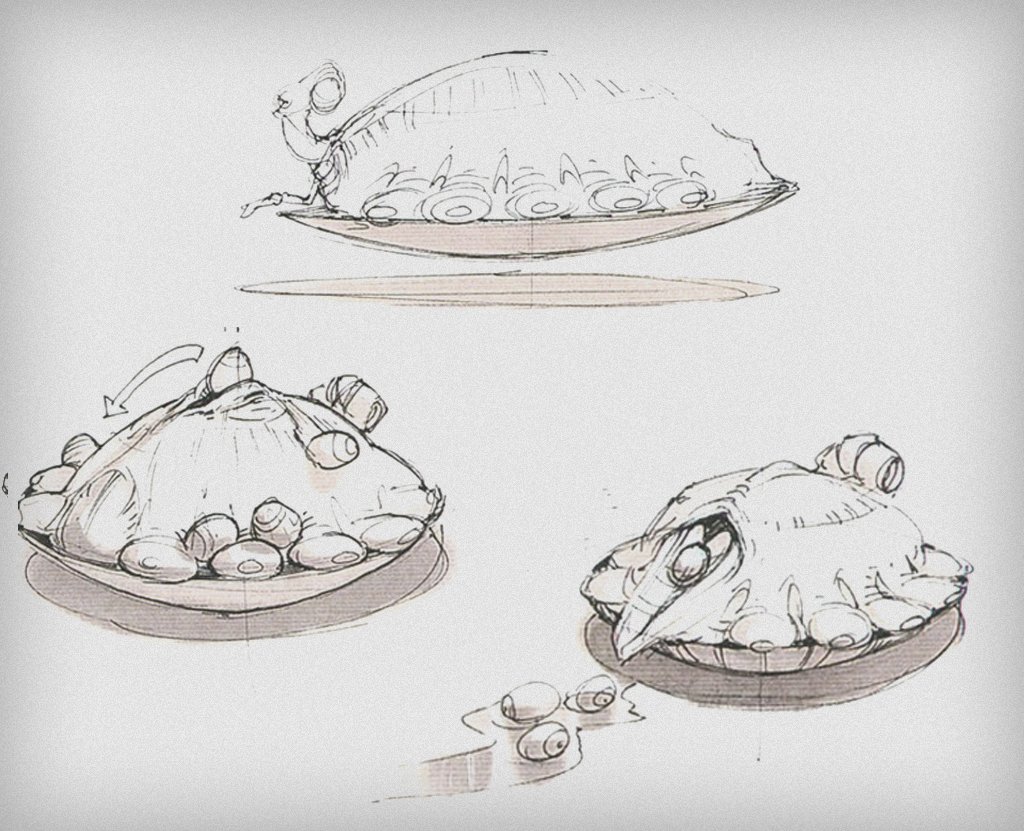 Here her birthing orifice is placed high on her back, and when she lays the eggs they roll down and land on the floor behind her.